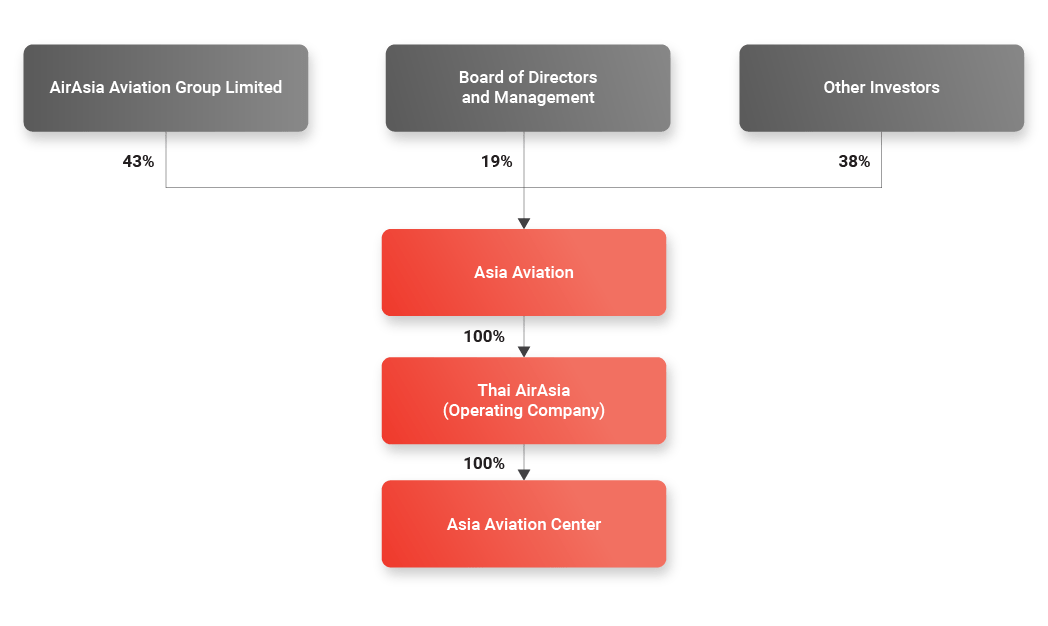 Thai AirAsia, a joint venture between Asia Aviation, who held 51 percent shareholding in Thai AirAsia (Pre-IPO), and AirAsia Aviation Group Limited (“AAAGL”) (formerly AirAsia Investment Ltd.), who held 49 percent, is incorporated on September 19, 2003 to operate a low-fare airline business with a registered capital of Baht 400,000,000. AAAGL is a holding company wholly owned by AAB. AAB is a listed company in Bursa Malaysia who operates a low-fare carrier AirAsia in Malaysia. On May 29, 2012 Thai AirAsia has increased its registered capital to Baht 435,555,600, being the common shares of 43,555,560 shares at the par value of Baht 10 per share. Asia Aviation has subscribed the newly issued shares, raising its shareholding to 55 percent while AAAGL was diluted to 45 percent.

Capital A Berhad (“Capital A”) (Formerly AirAsia Group Berhad) was established on April 16, 2018 and has assumed the listing status of AAB, holding 100 percent of AAAGL’s stake.

Thai AirAsia has established, a wholly-owned subsidiary, Asia Aviation Center Company Limited on January 27, 2021, to be the academy institution of learning and competency development for aviation tourism, and hospitality industries.