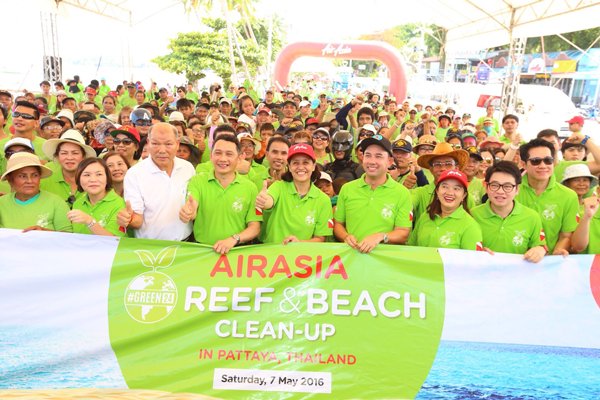 With concern for Thailand’s environmental well-being, especially on the impact of tourism generated waste, Thai AirAsia worked with local government offices under the Green 24 program, a project with the objective of promoting awareness of environmental preservation and to forge a network between the state, private sector and educational institutes to protect the environment of tourism sites. In 2016, two instances of Green 24 were organized. Green 24 in Rayong, taking place on 29 January 2016 on Mae Rumpueng Beach in Rayong, was a garbage collection activity held in cooperation with local offices and a combined 2,000 local residents. Green 24 in Pattaya on 7 May 2016, took place at Pattaya Beach in Pattaya and saw Pattaya Municipal Authority and locals collecting waste both on the beach and in the ocean off of Koh Sak.